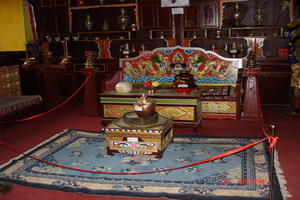 The Zhuokeji Tusiguan Village sits between Chengdu city and Ma'erkang County of Sichuan Province, and is about 7km far away from downtown of Ma'erkang.

The Zhuokeji Tusiguan Village was built between 1736 and 1795 during the Qing Dynasty (1644-1911),and combined the Tibetan architectural style with the han's.  Present constructions include four buildings: the front and side structures have four stories and the back building has six stories. Kitchens occupy the ground floor, while houses for soldiers and storerooms are located on the second floor. The main part of the building is on the third floor where the residence of Tusi (ruler of Yi nationality in China) is located. The fourth floor and levels beyond served as defense works, which included holes for cannons, lookout rooms and blockhouses. 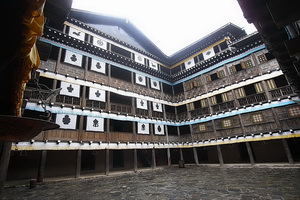 The Zhuokeji Tusiguan Village was the government office of Tusi and also the ruling center of the whole village.

During the Long March in 1935, Mao Zedong, Zhou Enlai and Zhu De stayed in the village for one week. In 1988,it became one of the important chinese national heritage sites. and has attracted a lot of tourists from home and abroad.