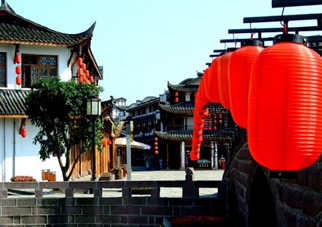 Huanglongxi Ancient Town is one of the top ten ancient towns in China, located around 50 km from Chengdu. Boasting a history of over 1700 years, the ancient town has been a popular scenic spot over recent years with a deep traditional construction style. The well preserved Qing Dynasty style buildings here attract film makers and travelers all year round. Therefore, the town gains the reputation as the'Hollywood of China'. Huanglongxi Ancient Town is a pearl in the fertile Sichuan Basin and radiates its charm both at home and abroad. In ancient time, it was a flourishing land and water wharf. Even the famous poet Du Fu in the Tang Dynasty had depicted the bustling sight of this town in his poems. Come and explore this beautiful town; travelers will be 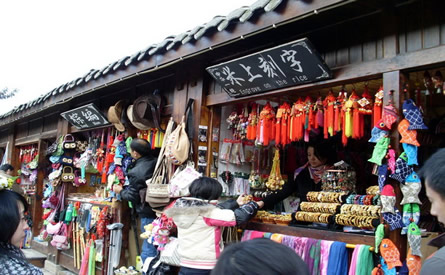 amazed by the ancient streets, temples, wharves, and houses along its curving alleys.

Nowadays, this old town still keeps the profound and honest folk-custom culture of western Sichuan Province. The fiery dragon performance originating from the Southern Dong Dynasty could well be the past master of the art. The tea culture from the ancient tea-horse road, as well as the sound of the night watches and dragon boats are all in a class by themselves. On the ninth day of the sixth and ninth month according to the Chinese lunar calendar, temple fairs here recreate the lively scenes of the old days.