Wulong becomes known to foreign tourists due to Michael Bay's hit movie – Transformers: Age of Extinction, which directly shows the majesty beauty of the Three Natural Bridges in Wulong. 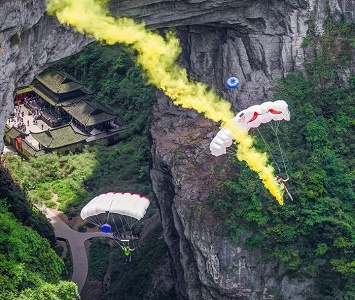 Located at the southeast of Chongqing Municipality, covers an area of 2901.5 square kilometers,139km away from the city center, is featured in south China karst landscape. Cause of the Golden Flower, a well-known movie directed by famous Chinese director Zhang Yimou,made Wulong  begin to become famous among most domestic tourists.After that, in 2014, the Transformers: Age of Extinction had been drawn to this little county for its marvelous natural scenery, and more and more people are attracted by Wulong's gorgeous karst scenery.

Wulong's attractions are mainly natural scenery, and many of them had been listed at World Natural Heritages. There are four hottest attractions: Three Natural Bridges of world wonder, magical Furong Cave, Fairy Mountain with vast grassland and the magnificent Longshuixia Gap.

Located at the southeast of Wulong County, 20km away from Wulong County, it's the largest natural bridge group in Asia.Three Natural Bridges is composed of Tianlong Bridge, Qinglong Bridge and Heilong Bridge, which are all natural bridges lying from north to south, crossing over the Yangshuihe Gorge and connecting the mountains on the two sides. There are natural formed pits under the bridges, so the Three Natural Bridges are also called Tiankeng Three Bridges.

Tianlong Bridge is the first bridge which is 235m high, with thickness of 150m. It's also called No.1 Tiankeng Bridge. The most unique part of Tianlong Bridge is its bridge pier, which has maze-like caves. The main cave is 400m long and there are all kinds of large and small passages to various peculiar caves.

Heilong Bridge is the last bridge, thus it's also called No.3 Tiankeng Bridge. Heilong Bridge is wider than other two bridges, with a width of 193m, and it's 223 in height and 107m in thickness. The bridge opening is long and high, and light seems luxury in here. Before it's open to public, the local villagers will stop passing through here after 4pm for it's very dark since then. Besides that, Heilong Bridge is considered as the most beautiful one among the three. It's hard to believe that on the top of the bridge, there are huge tracts of farmland, and the four delicate springs in Heilong Bridge are formed due to these farmland.

2) Transportation in the Three Natural Bridges

After arriving at the entrance of Three Natural Bridges, walk for a little while and you'll see a 88m-high sightseeing elevator. There are only two buttons on the elevator: "1" is the place to get on the elevator, take "2" you can get to the three bridges.

After you get out of the scenic area, you are still about 1km upslope road to get to the parking lot, for those who tired, you can take sightseeing car, and it will charge ¥15/person which not involved in your ticket. In the parking lot, you can take the travel bus to Longshuixia Gap, or you can just go back to the Tourists Center by bus.

There are two entrances of Three Natural Bridges. Through No.1 entrance, you can take the sightseeing elevator. If you take the No.2 entrance, you will need to walk a long distance in visiting, and you will also miss a lot of sceneries on the road, for you will arrive at the bottom of the three bridges directly and miss the panoramic view of the bridges. 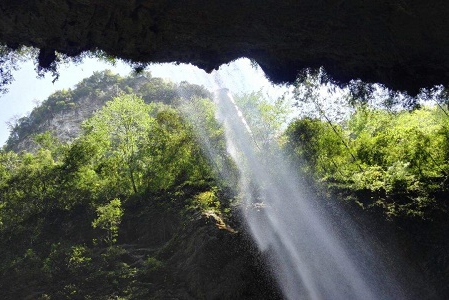 Longshuixia Gap is located in Xiannv Town and is 15km from the township. The gap was formed due to the orogeny tens of millions years ago. Longshuixia is actually a gap-style gorge and it's the important part of Wulong karst landform. The whole gorge is 5km long and the tour part is about 2km. The gorge is magnificent and the depth of it is from 200m to 500m. Nature has spent thousands of years forming these wonderful landscapes. Primitive forests, waterfalls, springs and gorges, here you can actually feel the Earth is older than a city and more powerful than a rocket.

The stone steps in Longshuixia Gap is rather steep and slippery, it's suggested to wear antiskid shoes. Besides, tourists need to walk a lot of narrow plank road and this may be tough for seniors, so senior people can decide whether to visit the gap according to their actual physical conditions 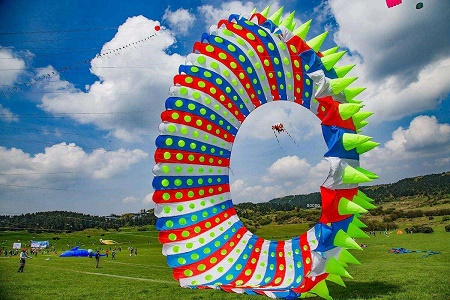 Fairy Mountain is located at Xiannv Town of Wulong County. Fairy Mountain is a national forest park and covers an area of 8910 hectares, with an average altitude of 1900m, and the highest peak can reach to 2033m. Fairy Mountain is popular due to its unique alpine steppe scenery. Forest sea, marvelous peaks, alpine meadow and snowfield are the four wonders in Fairy Mountain. In spring, the mountain is covered by fresh greens, and it's a great time to experience the fun of grass skating; in summer, the average temperature is 15℃ lower than Chongqing's, and it's a great place to escape from the "Stove" (Chongqing"); in autumn, herds of cows and sheep scattered among the mottled leaves which are blown by the autumn breeze, what a beautiful scenic picture.; Fairy Mountain is all white by covering thick snow, and ski on the mountain is definitely quite an experience.

¥60/person; ticket for "Small Train" is 25¥/person (transfer between trains is free); horse riding is ¥60/person/hour.

From Chongqing: tourists can take coach from all bus stations in Chongqing to Fairy Mountain, and the driving is about 2 hours.

From Wulong County: take mini bus from Wulong Bus Station to Fairy Mountain, and the driving is about 1 ~ 1.5 hours. If you are going to the Outdoor Sports Center, you can get off at "Huolongkou", then walk to sports center, where you can experience grass skating, snow skiing and kart racing. If you are going to the giant prairie, then you can get off at the terminal stop – Mutizi, at here, you can take "Small Train" – a train-like sightseeing car – to the main scenic area; or you can just walk to there, the distance is about 10km and it will take 1 hour to get there. The scenery along the road is very beautiful, so if you have time and energy, you can choose to walk rather than taking the "Small Train".

Accommodation in Fairy Mountain is rather good, with full facility and good service. There are two kinds of accommodations in general. Hotels or resort and home inns. Basically, all accommodations can supply dinning service and parking service. 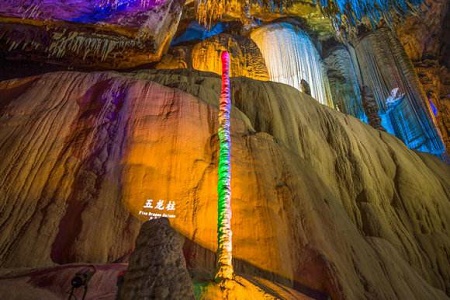 Furong Cave is a large-scale limestone cave and located next to Furong River in Jiangkou Town of Wulong County, which is about 190km from Chongqing City center. Formed about 1.2 million years ago, and discovered in 1993, the main cave of Furong Cave is about 2700m long, and covers an area of 37,000 square kilometers. There are over 70 kinds of karst sediments in the Furong Cave, and it's reputed as a splendid underground art palace and science museum for caves. The most magnificent part of Furong Cave is the "Splendid Hall", which covers an area of 11,000 square kilometers. Besides that, there are 15m wide and 21m high rock waterfall, smooth palm-shape stalagmite, numerous helictite and stone flowers, etc. and the red coral and fang-shape calcite crystal in the cave is very precious and stunning. The various shapes and kinds of the stalactites in the cave have recorded the evolution process of history.

Another way is chartering a car or take a private car (if you book tours with us, we will provide private driver with private car for you). This is more convenient, and you can drive directly to the entrance of the scenic area.

Day 1: after getting to Wulong from Chongqing, have lunch in Wulong, then visit Furong Cave, and this will take about 2 hours. After that, stay overnight in Wulong County or drive to Fairy Mountain to accommodate.

Day 2: In the morning, visit Fairy Mountain and have lunch in Xiannv Town. After that, visit Three Natural Bridges and Longshuixia Gap to appreciate the magical karst landform. After the tour, go back to Chongqing.