Huangshan, known as Huizhou in history, is located in the south of 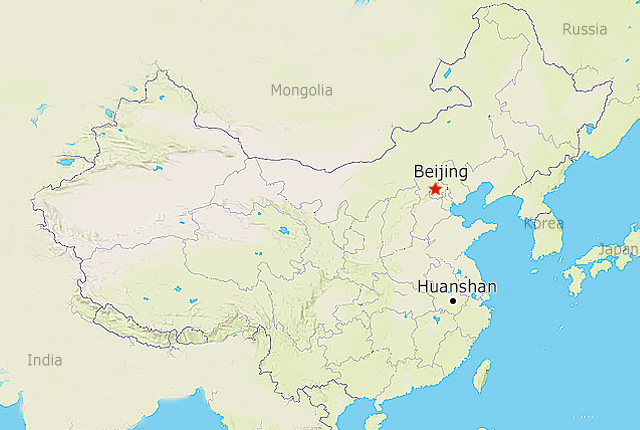 Anhui Province. The city is named after the famous Yellow Mountain. The downtown of Huangshan was originally the city of Tunxi, now there is still an ancient street called Tunxi old street in the city center.

Huangshan was listed by UNESCO as the World Heritage together with the Hongcun and Xidi, the ancient villages in Southern Anhui province. It is one of the most popular tour destinations in China. It is close to Shanghai, Suzhou and Hangzhou in the east, so, you can take the tour together with these cities nearby.

Mt. Huangshan's idyllic view is  one of the most breathtaking landscape in China, especially for its craggy peaks and twisted pine trees. Huizhou architecture is the most distinctive ingredient of the regional personality, representative of the merchant class that dominated commercial industry of whole China during the Ming and Qing Dynasties. The white-fronted house with horse-head walls and intricately placed tiles, this style is a stunning characteristic of Anhui. Some of the most famous ancient villages, including Xidi and Hongcun are the most typical examples of Huizhou architecture.

To  escape from the hustle and bustle of city life, Huangshan is the best place. No matter the life in Mt. Huangshan or in ancient villages, Huangshan impresses travelers with moments of tranquility and leisure at a slower pace.