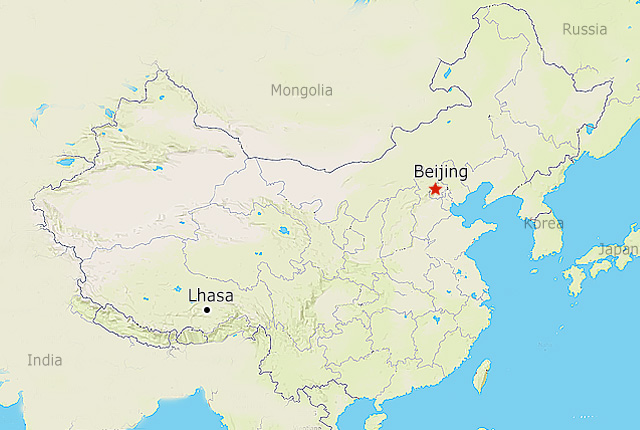 Chinese), called the Roof of the World, remained unknown to the world until the beginning of the 20th century. The massive, snowy land has exerted an awesome draw on travelers and adventurers ever since. Its majestic scenery, mysterious and exotic religious culture, and wonderful people, reward every tourist with an indelible life long memory! With an average height of 4,000 meters above sea level, Tibet is encompassed by some of the world's highest mountains. The Himalayas to the south, the Karakoram to the west, and the Kunlun to the north are the dream lands of all adventurers and mountaineers. The vast land is also the cradle of several great rivers such as the Yangtze River,the Yellow River,the Nu River (Salween), the Lancang River (Mekong), the Yarlong river.Tibet also offers awe-inspiring scenery of beautiful lakes and valleys. Over 1,500 lakes including Heavenly Lake Namtso and the holy Lake Manasarova make Tibet the plateau with largest amount of lakes.

The long history and exotic religion allures more and more tourists every year. Tibetan Buddhism inhabits most Tibetans' hearts. Thus, a great deal of splendid monasteries, vivid murals and sculptures, and solemn stupas were built to worship the unparalleled Buddha. Lhasa and Shigatse, the most important cities of Tibet, feature most of the religious monuments including the Potala Palace, Jokhang Temple, Drepung Monastery, Sera Monastery, Ramoche Monastery, Tashilunpo Monastery and Sakya Monastery. Besides the monasteries, sacred mountains and holy lakes are also great places to show the Tibetan peoples' devotion to Buddha.

Western Tibet, Ngari, is a vast barren plateau and renowned as the Roof of Tibet. As the place where the Holy Lake (Lake Manasarova) joins the Sacred Mountain (Mt.Kailash), Ngari is a holy pilgrimage destination of both Tibetans and Hindus, as well as a popular challenge to trekkers. The ancient Shang Shung Kingdom and Guge Kingdom also exert a pull. In Tibet, five mountains exceed the altitudes of 8,000 meters (26,240 feet) and many of the mountains exceed the altitudes of 7,000 meters (22,960 feet). Hence, southwestern Tibet has been a popular destination for mountaineers. Mt.Everest towers over the region. Besides, more than 40 snow capped peaks are open to mountain climbing enthusiasts. Southern Tibet also offers primeval forests, running waters, and a relatively mild climate. Yarlong Tsangpo Canyon, the largest canyon in the world, is the home of rare plants and animals, and remains unknown to anyone other than the local people.

Tibetan people are warm and hospitable. Tourists can visit local families and experience the daily life of Tibetan people. Holidays and festivals are the most important days in Tibet. Enjoying the local food and dancing with beautiful Tibetan girls are the most excellent ways to celebrate these joyful times.

Buying some typical handicrafts in Barkhor Street or from other authentic vendors may add extra happiness to your visit. Beside white snow capped mountains, verdant virgin forests, clean running rivers and tranquil beautiful lakes, the devotional pilgrim progress toward their places of worship by prostrating themselves under the sky and along the roads, making people humble and modest. Tibet, the lost paradise under the sky, is undoubtedly a place where the spirit lives!