The Xingwen Karst Geological Park, approved to be a national geological park by the Ministry of Land and 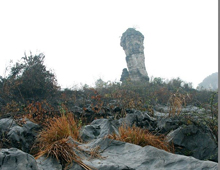 Resources, has formally opened to tourists as a state-level scenic spot.

Located in Xingwen County in southwest China's Sichuan Province, the park lies in the transitional zone between the Sichuan Basin and Yunnan-Guizhou Plateau.

Within the park, limestones of different ages are widely distributed. The so-called Xingwen-type karst landform is formed under the specific geographical position, unique geological structural setting, climate and environment.

The park is the site where the giant doline, a closed depression drainingunderground water in karst areas, was first studied and named in China. It is one of the most 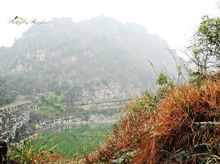 important places for karst landform research in the country, said Liu Baojun, academician of the Chinese Academy of Sciences.

Carbonate or carbonate-bearing strata dated from about 490 to 250 million years ago are well preserved in the park. There is an abundance of marine fossils and sedimentary marks in the strata, which are the basic materials to form specific landforms with scientific value, Liu said.

Covering 156 square kilometers, the park, hailed as a natural research museum, is also known for its beautiful natural scenery and unique cultural heritage. 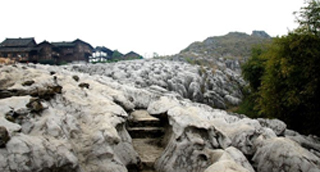 The Bo, known to many for their mysterious hanging coffins on high cliffs along some sections of the Yangytze River, inhabited the area for more than 1,000 years in Xingwen before they were slaughtered out of existence some 500 years ago in a genocide in the aftermath of a war between them and the ruling Ming Dynasty (1368-1644).

Hanging coffins, group of tombs, ancient castle, castle gates, stone inscriptions and copper drums of the Bo are preserved in the park