Accommoration is always a big question for travelers, here we list lots of options for you which  from 5-star luxury hotels to 3-star budget ones both in Zhangjiajie City and Wulingyuan Scenic Area,also some in Fenghunag Ancient Town.So don't worry,just choose the one you like best.

▶Stay in Zhangjiajie City: Close to railway station and airport, about 10-minute transfer; a little far away from the main attractions. 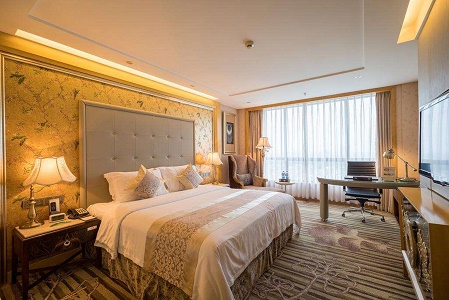 Featured with "Comfortable","Quiet" and "Leisure", it has various comfortable and luxurious guest rooms, well equipped with large desks, high-speed internet access and WIFI. Non-smoking rooms and handicapped friendly rooms provide free coffee, tea and private safes. One of the visitors commented this hotel on tripadvisor:"I enjoyed staying in this hotel, especially its large room and delicious breakfast, and the service also very nice". 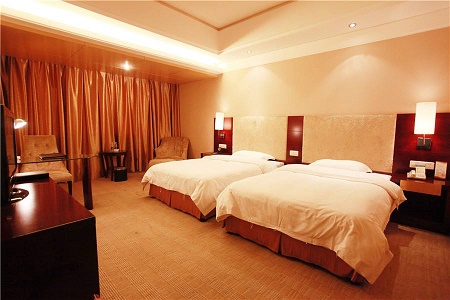 Located in Zhangjiajie Downtown area, the distance from here to Zhangjiajie Airport and  Railway Station just 5 km and 3 km ,  it means  with 10 minutes' drive. It is a little far away from Wulingyuan Scenic Area, which takes about 30 minutes' drive. 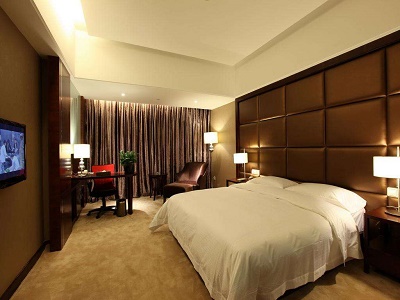 With an area of 20,000 squre meters, the building of Ziyu Hotel has 21 stories combining luxurious environment with well facilities. All the rooms of the Zhangjiajie Ziyu Hotel equipped with a hair dryer, cable/satellite channels , tea and coffee making facilities. Amenities featured in the rooms include bottled water, a mini bar and a refrigerator. What's more, the bathroom has a shower and a separate bath. 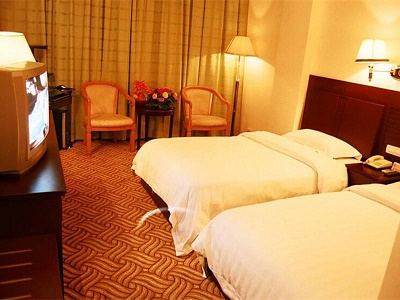 Situated in Wulingyuan Scenic Area, Zhangjiajie Shengmeida Hotel is a 5-star leisure holiday resort. It belongs to one of the Small Luxury Hotels of the World. About 15 minutes'  walk to Baofeng Lake, and 9 km distance to Honglong Cave. Opened in 2010, this 5-story hotel offers 180 guest rooms with several types. The restaurant of the hotel serves Chinese, Italian and French cuisines. The banquet hall is suitable for various sized gatherings. Recreation facilities include gym, billiards, tennis, sauna center, SPA, mahjong, outdoor swimming pool and nightclub. Enjoy your visit in Zhangjiajie and enjoy the great stay and relax yourself  in Shengmeida Hotel.

Located in the center of Wulingyuan Scenic Area, Jingwu Boerman Hotel is just a few minutes to the UNESCO World Heritage Site, easy reaching to Tianzi Mountain, Huanglong Cave, Baofeng Lake. It is within 30 minutes' drive to Zhangjiajie City, airport and railway station.The rooms are spacious and luxurious offering completed amenities. Plenty of dining options are available at the Boerman. The Premiere Western Restaurant offers a variety of dishes from both East and West including French, Italian, Japanese and Korean cuisines, as well as the Tujia Minority flavor. Stay with Boerman, elegant environment and high quality service are guaranteed. With total area of 48,000 square meters, Zhangjiajie Zhuanjiacun Hotel is a 4-star hotel in the heart of Wulingyuan Suoxiyu Nature Reserve. It is well designed both according to the modern civilization, but also Tujia Minority culture.It has 288 guest rooms with different types of rooms and suites. Looking outside from your room, you could appreciate the spectacular mountain scenery of the forest park. Dining options are plenty with 8 restaurants - Western and Chinese which can hold 800-1000 people dining at the same time. This Hotel has a shopping mall, provides goods storage, Ticket purchasing, clothes, laundry service, cosmetology, sauna massage and other services. 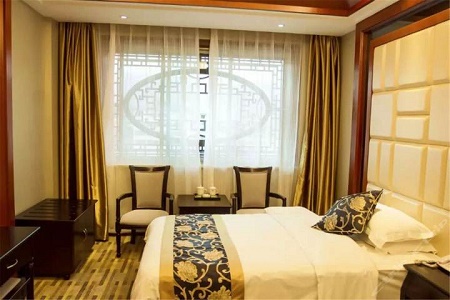 Zhangjiajie Tianheng Hotel is a 3-star budget hotel. Located in the picturesque center of Zhangjiajie Scenic Area, it has the advantages of convenient transportation and beautiful environment. Besides, the modern design, gorgeous architecture, advanced facilities and good service make this hotel a good stay. Staying in Tianheng Hotel, you could taste the local Xiang Cuisine, especially the Tujia Flavor. 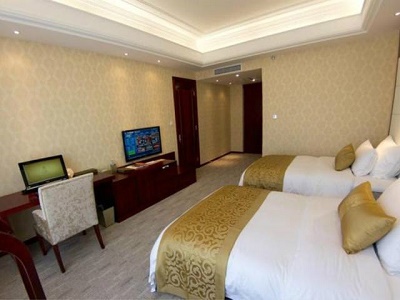 Zhangjiajie Jinyu International Hotel is a 3-star hotel, just 2 km to Suoxiyu Nature Reserve. It is about 30 munutes' drive to Zhangjiajie city, airport and train station.This hotel has 56 standard rooms, 4 suites and 4 single rooms. And you have got everything in your rooms: tea pot, hair dryer, TV, air conditioning, international phone calls, 24-hour hot wate,etc.The dining rooms are with unique style which can hold 110 people enjoy the meals at the same time. It is a nice hotel with budget price. Situated along Tuo Jiang River in the Fenghuang Ancient Town, the Fenghuang Garden Hotel with Hui Style architecture, is only ten minutes' walk from Fenghuang scenic area. And it is within walking to Shen Congwen's Former Residence, Tianlong Canyon, and Rainbow Bridge.Opened in 2012, Fenghuang Garden Hotel is the star hotel, offering high levels of comfort and attention to detail. It has 6 stories with 237 guest rooms. Spacious and comfortable, rooms in this garden style hotel are equipped with satellite TVs, private safes, mini fridges, broadband Internet access and mahogany furniture. 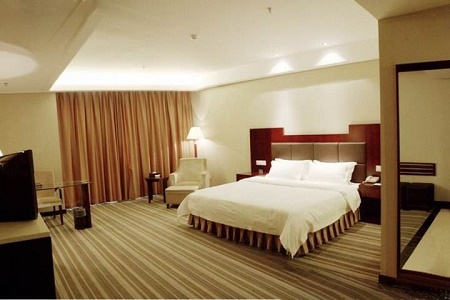 Phoenix Grand Hotel is a 4-star hotel, covering an area of 70, 000 square meters. Surrounded by mountains and rivers, designed in garden building styles, this hotel offers you a completely different experience, where you could enjoy the harmony between nature and architecture.Phoenix Grand Hotel is composed of the main building, annex building, VIP building with 559 comfortable accommodations. There are Presidential Suite, Ambassador Suite, VIP suites, superior rooms, business suites, deluxe rooms, providing personalized items.